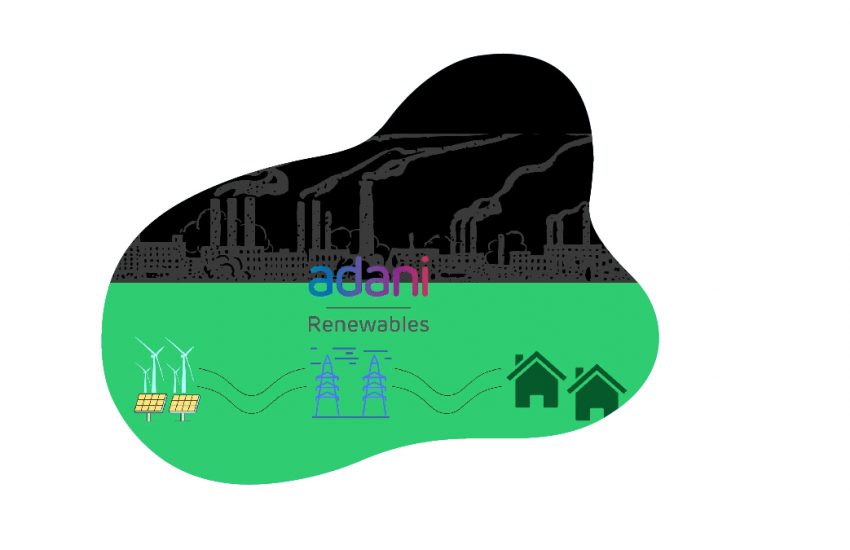 Government and investor pressure is pushing businesses reliant on fossil fuels to focus on their green energy initiatives and cut carbon footprint.

Yesterday, we saw the efforts and the steps Reliance Industries is taking to ensure it meets the ambitious green energy goals by 2030. Today, we look at Adani Green Energy and its efforts to triple its renewable capacity in a decade.

Adani Green Energy was set up in 2015 to deal with any power or electrical energy using conventional fuels or alternative energy sources like wind, solar, tidal energy, etc. Switch to now, the group aims to become one of the largest green hydrogen producers globally to aid India’s efforts to become the cheapest producer of hydrogen in the world.

For several years the Adani Group extracted coal, produced coal-fired power at plants like Mundra in Gujarat, docking the coal vessels at one of their ports.

Adani has been embroiled in environmental issues frequently. But, in the last three years, Adani Green has quickly amassed a 20GW solar, wind, and hybrid electricity portfolio. The Adani Green Energy Ltd. shares have grown 13-times in the last two years.

When Reliance entered the green-energy race in June this year, Adani too announced they would invest $20Bn in renewable energy in the next ten years.

The group’s organic and inorganic investments in the green energy value chain will be $50-70Bn. Adani Group Chairman Gautam Adani said, \”This opens up several new pathways for us, including setting us up to be one of the largest green hydrogen producers in the world.\”

Let us understand the initiatives Adani has taken recently to fulfill its green energy commitments.

Adani Green now produces 25 GW of renewable energy ahead of its schedule. They plan to triple their green power generation capacity in the next four years to 63%, up from 21% now. The company has 4,920 MW of operational capacity with plans for 9430 MW assets under construction.

Adani plans to increase its power generation capacity and to do that it acquired two energy companies.

Adani seems to be on its way to becoming the largest producer of renewable energy. Yet, it has also forayed into the petrochemicals industry setting up refineries in Gujarat. The messages seem to be conflicting. The Adani’s are increasing their renewable production capacity and acquiring green businesses. It is also entering the oil and gas industry, one of the biggest culprits of carbon emission.

An all-weather alternate energy solution is the need of the hour to exploit the abundantly available atom instead of removing hydrogen from coal or methane. With no clear roadmap on the horizon, the actions conflict commitments mad. Will the Adani’s fulfill their goals?

Well, only time can tell.

Need sound advice on where to invest, how much to invest and for how long to invest in the stock market? Subscribe to our 5 in 5 Wealth Creation Strategy and get a portfolio of 20-25 fundamentally sound stocks and start your wealth creation journey.

*Disclaimer: Information mentioned in this email is for educational purposes only. Please do not consider it a recommendation to buy/sell/hold from Research & Ranking.