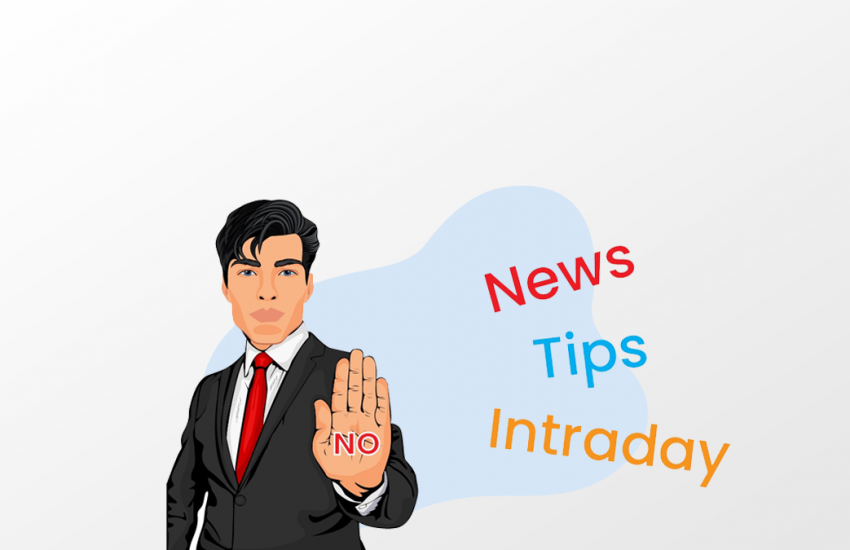 Now everyone us know the perils of not following the don’ts while driving like driving on the wrong side, not wearing seatbelts, overspeeding etc. It can end in disaster.

Similarly, lack of awareness about the actions which a stock market investor in India should avoid can result in financial losses and even erosion of hard-earned capital.

It is a strange but actual fact that people like to do precisely the opposite of what they are told not to do.  According to psychology, such behavior occurs because the human brain wants to ensure that we\’re free to do whatever it is that we want to do with our own lives.

Let’s take a look at a famous folktale about four monks who decided to meditate without speaking for a week. By night, the candle in their room began to flicker and then went out.

The second monk said, \”Aren\’t we not suppose to talk?\”

The third monk said, \”Why must you two break the silence?\”

In the above story, the monks were supposed not to speak. But still, they broke their silence for different reasons. The first monk became distracted by the candle getting extinguished and so lost sight of the rest. The second monk was more worried about rules than the meditation itself. The third monk spoke out of anger. And the final monk was lost in his ego.

All the monks were supposed to remain silent. But on the slightest provocation, they did what they were no supposed to do.

Believe it or not, the same thing happens in stock markets. How many people have you heard of, who made a fortune by doing intraday trading? But still, the majority of people do it and end up in losses.

Warren Buffet, Peter Lynch and Benjamin Graham are all value investors who bought good stocks and waited patiently for years in the stock market in India to create wealth. Learn more about value investing here.

According to estimates, 90% of small investors lose money in stock markets in India. It is quite evident that this 90 % are not investors but rather traders who fail to understand how the market works.

When somebody\’s is selling at a loss, remember somebody is making money.

So it is quite evident that the other 10 % earns money lost by 90% of people. There are multiple reasons why intraday traders lose money, let us discuss the primary reasons below.

Failing to understand how the stock market in India works

Most people who do intraday trading, lose money in the stock market because they fail to understand the markets. Stock prices fluctuate on buy and sell demand as well as various macroeconomic factors.

Traders who fail to understand the market moment, end up with wrong trades, thereby losing money.

Investors who place orders without stop loss end up losing a significant portion of their capital if the tide goes against them. Traders who often make losses engage in revenge trading to cover their losses, allow their emotions to override their rational thought process and end up causing further losses.

Investing in the stock market in India based on tips

Investors often fall for tips given unscrupulous operators with dubious interests without understanding that those tips are not based on any research. Read here about the dangers of investing in the stock market in India based on stock tips.

Leverage refers to the ability to place a large trade with, only a small amount of trading capital.

It can indeed be very tempting to buy more stocks than your trading capital in the hope of higher gains. But beware, it is a deadly trap as it can also lead to significant losses due to higher exposure. Know more.

Many invest in the share market in India based on news. Due to this, they are always hooked to business news channels in the hope of finding some news which may give them an extra edge over other investors in the stock market.

There is a famous saying which reflects the real picture of news in stock market investments. \”Bad news is usually great news for someone else\”.

Very often, fabricated news is also released through media by entities with dubious interests to make innocent investors believe that the report offers them a competitive advantage.

So if you are investing for the long term, you should steer clear of daily news. This is what successful investors do.

To become a successful investor, avoid these ‘Don’ts’ and instead stick to fundamental analysis based investing because it is a proven way to create wealth from stock market investments.