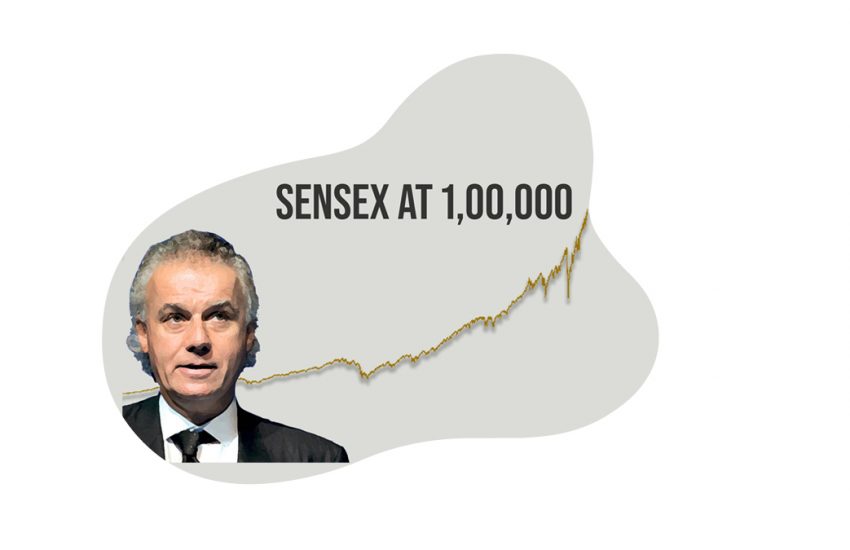 Now the benchmark index is expected to reach yet another milestone. Jefferies’ Global Head of Equity, Christopher Wood envisions the Sensex hitting the 1,00,000 mark in the next five years. In his note, Greed & Fear, Wood says, the target is eminently achievable though the assumptions are made on aggressive factors.

Before we delve into the details let see who Christopher Wood is and why his opinion matters today.

Who is Christopher Wood?

Christopher is an equity expert you must know about. Jefferies’ appointed Wood as Global Head of Equity Strategy in May 2019. Before entering the investment field, he was a financial journalist. He worked for the Hong Kong-based Far Eastern Economic Review between 1982 and 1984 and The Economist for a decade between 1984 and 1994.

While his time at The Economist, Wood authored three books-

In addition to these books, Wood publishes a weekly called Greed & Fear. He has published over thousand issues of the weekly without fail since he started in 1996.

Now that you know a little more about Christopher Wood, let us move to his latest forecast for Sensex in the Greed & Fear note.

Yes, the markets have had a tepid start this year. But Wood has faith in the Indian markets irrespective of the fact that they are down ~6% from the October peaks. Wood says growth-focused equity investors should focus on India.

Wood writes in his note, “India has always been a stock market for growth investors with the multiple to go with it. In a G7 world where value investors may finally enjoy on extended period of outperformance over growth, until at least the Fed performs another U-turn, India should be a prime object of focus for growth oriented equity investors.”

The basis for the estimation is 15% earnings-per-share (EPS) and that a five-year average multiple of 19.4 is maintained. Such growth will help the Sensex reach the 1,00,000 mark sometime in late 2026.

Moreover, he expects India to record perhaps the best earnings growth in the Asian continent this year.

The headwinds mentioned above are expected to disturb the current momentum in the markets. But like Greed & Fear look at these disturbances as opportunities. You may want to buy good stocks if the markets correct.

If you were to follow Wood’s words, “If the current housing upturn proves to be the lead indicator of a broader private sector CAPEX cycle, as was the case during 2002-03, then India should once again become one of the best performing stock markets in Asia as it was between 2003 and 2007.”

What do you think of this article?  Write to us at createwealth@researchandranking.com

In the meantime, subscribe to the 5 in 5 Wealth Creation Strategy and make the most of the investing opportunities coming your way.