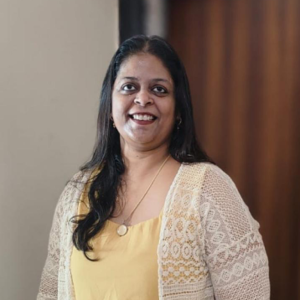 The markets have been volatile in the last few months. Foreign portfolio investors (FPI) have withdrawn close to 40 thousand crores in May amidst the rising bond yields in the US, the appreciating dollar, and the chances of the Fed hiking rates. The FPIs have taken out around 1.67 lakh-crore (the US $22Bn with the rupee conversion rate of 77.51) with this amount since 2022 began.

FDI inflows, including equities, capital, and re-invested earnings, amounted to the staggering US $83.57bn in FY2021-22, 10% higher than before. Based on the past trends, India needs ~US $400bn of foreign capital cumulatively in the next six years to become a US $5 Trillion economy.

But before we get to that, let us understand the difference between FPI and FDI.

Foreign Direct Investments (FDI): Foreign investment made directly in the productive assets of another country is FDI. It is more than capital investment. The foreign investors also bring in knowledge, expertise, and technical know-how to the company they have invested in.

Foreign Portfolio Investments (FPI): Foreign investments made into the financial assets of another country is FPI. Also called passive investments, FPIs do not actively manage the companies they have invested in.

FDIs are long-term investments, while FPIs are short or medium-term investments. Investors invest directly in foreign companies when they plan expansions, while investors looking for short-term profit invest in another country’s stocks, bonds, and other financial assets.

Attracting investments in capital-intensive sectors is critical to accumulating gross capital and establishing India as a global trade partner. But to attract FDIs, understanding investor perceptions about India is a must. So Deloitte surveyed 1200 multinational business leaders to know what they felt about India as an investment destination in September 2021. Let us see what the survey found.

1. FDIs – India continues to be a favored destination

Per the United Nations Conference on Trade and Development (UNCTAD), the Indian information and communication technology (ICT) and construction sectors received the highest FDI, making India the fifth-largest recipient globally in 2020-21. This trend continues, and India remains the favored nation for FDIs.

The respondent business leaders said they look for growth, political and economic stability, and a skilled workforce while finding investment destinations. India scores well for its financial prospects and skilled workforce. 44% of those surveyed in the US, UK, Japan, and Singapore said they were planning additional or new investments in India.

The graph below will give you a better idea of the additional or new FDI coming to India.

The time horizon for Investments: Over 21% of investors in the US, 17%, 12%, and 7% of investors from the UK, Japan, and Singapore, respectively, are likely to invest in India within the next two years. 5% of businesses in the US, 7% in the UK, 6% in Japan, and 9% in Singapore may invest in India in the next three-five years. 2% of companies from the US, UK, Singapore, and 1% of Japan may look to invest after six years.

2. Improvement in Conducting Business in India

The same trend continues with ~60% of businesses across industries like real estate, industrials, utilities, IT, and healthcare feel conducting business in India is complex and challenging. However,  with the changes made in the last few years, this perception is changing, making India an attractive destination among foreign investors.

The government has done much to simplify doing business in India. However, business leaders in Japan and Singapore were unaware of the digitization of customs clearance or the production linked incentives (PLIs), scoring India 16% and 9%, respectively, the lowest for ease of doing business. But once these business leaders were made aware of these changes and reforms, their perception changed.

Of the respondents, ~70 -80% were more likely to do business in India once they knew more about the changes and policy reforms the government initiated in the country.

The graph below can give you a better idea of the changes in perception once awareness increases.

4. India Has a Competitive FDI Environment

The survey found that among the probable destinations, China, Brazil, Mexico, Vietnam, and India for FDI, India had the sturdiest reputation among investors from the US. India was a close second to China and Vietnam in the UK and Japan. Though China’s reputation took a beating after the pandemic, it is still India’s closest competitor amongst US investors looking to make capital investments.

The survey results above show how India’s score is improving. Higher scores among 1200 respondents make India an attractive destination for FDI.

However, the current geopolitical tensions between Russia-Ukraine, supply chain issues, surging inflation, and tightening of the US economy are reasons the Rupee devalued.

Despite these issues, India still finds itself on the list of favored nations for Foreign Direct Investments. An influx of FDI in India would mean an increase in the demand for Rupee, which will raise its exchange rate. Moreover, currency appreciation would mean better terms of trade. It also means better job opportunities, an increase in income, and purchasing power.

< Previous How Did The Indian Stock Markets Fare In May? The Answer Lies In This Article
Next >Seven Important Ways Millennials Can Cultivate The Millionaire Investing Mindset Today