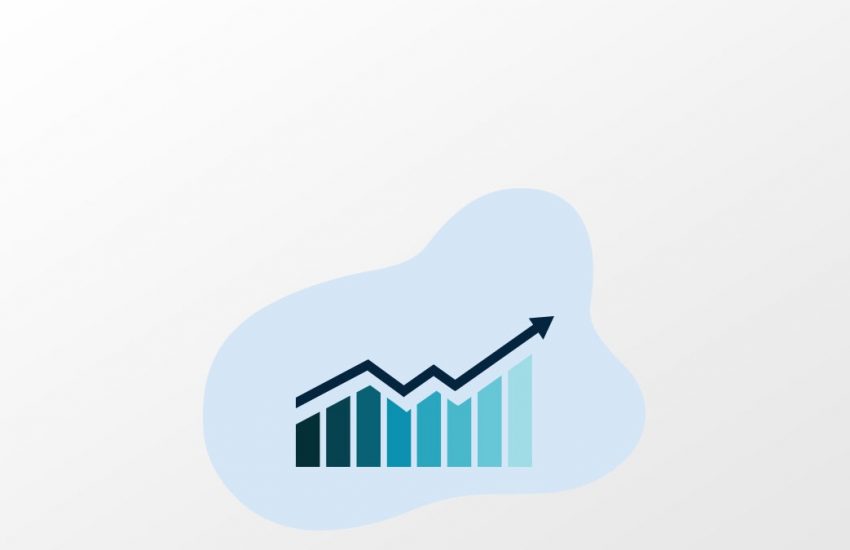 These days, it’s quite common to find IT-Slowdown related stories in newspapers or anywhere else on the internet. And as if it has become a new normal now, the managements of large Indian IT companies regularly come up with gloomy commentaries about IT’s near future. But this gloominess surrounding the sector today was not there till very recently.

In the beginning, a vast majority of Indian IT companies were built around the idea of offering global businesses in an efficient, low-cost way to outsource their in-house IT work. And India became a leader in this space as it could easily beat the competition for such work because of its large pool of trained, low-cost engineers. For investors too, buying IT stocks was a no-brainer wealth creation strategy.

But once wildly successful, the Indian IT model has now begun to run into fundamental problems. Stocks of IT companies which till yesteryears were darlings of markets and part of almost all long term investment stocks portfolio, are now being shunned by one and all. So what exactly is the $150 billion+ Indian IT industry up against? There are quite a few. The major being that the very model that allowed them to grow their revenues for years by simply deploying cheap labour to perform simple IT tasks, is itself being disrupted. And then, there are many more.

Let’s discuss some of these major problems faced by the IT industry in detail here. Rise of Automation

It’s true that IT represents an important part of almost every industry. But its direct contribution to revenues and profits is often difficult to assess. So as the growth in developed nations slowed down in last few years, many companies started cutting down their discretionary spendings.

Unsurprisingly, IT budgets got the axe first thing among others. But slowing revenue growth due to slowdown in clients’ businesses is not the only reason.There have been cuts in IT spendings of many large global enterprises as they move towards automation. And this is a bigger threat than clients’ business slowdown.

What earlier required 25-50 programmers and analysts, can now be done easily by a couple of smart programmers and intelligent automation-based systems. No doubt automation can accelerate and improve manual processes. And since the same amount of work can be done with less manpower, it’s cost-effective too. Obviously, more and more companies want to embrace automation. And as this trend catches up (and it’s happening pretty fast), the number of people required at the lower end of the IT-pyramid will continue to go down.

A report from global outsourcing research company HfS Research says that by 2021, India could lose 0.64 million low-skilled positions in IT services because of automation. Another report from NASSCOM says that by 2025, about 260 million jobs will be replaced or augmented by technology worldwide.

As a result of the rapid adoption of automation, Indian companies are now faced with the following two issues: Shrinking Revenue Pie As the automation component in projects is increasing, many large clients are not renewing their legacy contracts. They are instead looking to renegotiate old rates or reduce the scope of work itself. Shrinking Margins New players are entering the space and offering automation-rich services at lower rates.

So the competitive intensity has increased buyer’s negotiation powers. Alongwith that, a rise in employee costs is further reducing margins and threatening the very model which is based on low-costs. But the rise in costs hasn’t happened suddenly. Even as far back as in 2013, the Economist quoted that for IBM, “the total cost of its employees in India used to be about 80% less than in America; now the gap is 30-40% and narrowing fast.\” Easy-to-draw conclusion here is that companies that depended heavily on cheap-workforce model will be in trouble as automation catches up.

Revenue cannibalization due to automation, though not a desired outcome, cannot be avoided now. To survive, Indian IT companies need to be more proactive and take the problem head on. Instead of avoiding automation, they should convince the clients about it and sharing the cost benefits with them. If not, they risk losing business to more nimble competitors. As for the loss of revenue (due to automation), it can now be balanced only by growing revenue from new businesses in digital and related areas.

Rise of Protectionism Protectionism is another problem that has recently caught Indian companies unaware. 60% of Indian IT industry’s revenues is from exports to the US. IT majors like TCS, Infosys, Wipro, HCL Technologies and Tech Mahindra have 20 to 40% of their employees sitting onsite. It’s clear that in order to ensure low-cost operation, Indian tech companies prefer to send Indians abroad instead of accepting high cost of hiring employees locally in those countries. Now US government’s recent decision to review work-visa program (as they believe Indian IT companies are taking jobs away from Americans) is sending jitters back in India. Unfortunately, US is not the only country that is resorting to such protectionist measures to ensure more jobs for their citizens. UK, Australia and many others too are taking similar routes. So in general, more restrictive visa laws in the West are now making it tougher for Indian companies to get qualified engineers into their clients’ offices.

So costs are rising and consequently, margins are shrinking. Whether protectionism is right or not is a matter of debate.Those in favor feel that it is justified as Indian companies bring in cheap labour, which hurts local citizen’s employment. Those against it feel that it helps attract the required skills and more importantly, helps US firms remain competitive. Nevertheless, job creation and protection is a delicate topic having political shades. So as long as current political environment is supporting protectionism, Indian IT companies will continue to remain at the receiving end. Missing / Underdeveloped Business Verticals Even though issues like automation and visa-restrictions are grabbing newspaper headlines, there is another problem that Indian companies failed to address in time. Had there been a conscious effort to address it, the dependency on the low-cost model would not have been so much and neither would they have been so vulnerable.

The problem is that of the missing (or underdeveloped) Consulting Divisions of Indian companies. All non-Indian market leaders in the global IT space today (like Accenture, IBM, Cognizant, etc.) have strong consulting arms. As per Gartner Research, consulting makes up about 13% of the overall IT services market and more importantly, it is a segment growing faster than the overall market. Sadly, Indian IT companies do not have a strong presence in this space.They neither invested in organically building a strong consulting brand nor made necessary acquisitions to hit the ‘consulting ground’ running. Today, all high-level strategic consulting businesses go to large players like Accenture, PwC, Deloitte, Boston, etc. and not to Indian companies.

And as more and more companies are looking for higher-value services and more innovation (than what Indian companies have traditionally provided), the lack of solid consulting vertical is being sorely missed by each and everyone of the large Indian IT companies. Maybe, Indian IT companies should have taken lessons from Cognizant’s success in consulting. In the last few years, the company has successfully built a standalone consulting practice because it didn’t shy away from investing in it in a big way. As consulting expertise is increasingly becoming essential to win large, high-value contracts, it is now a non-negotiable for Indian IT companies. The current scenario has almost arm-twisted them to invest heavily and urgently,to scale up their consultancy practice. The Future? Indian companies have no doubt been caught on the wrong foot. Most were slow to adapt to the changing realities and were busy defending their legacy businesses.

They simply turned a blind eye to the threat of automation and naturally, are not prepared for it. Even the CEO of Infosys, Vishal Sikka acknowledges the scale of problem when he said: \”We will not survive if we remain in the constricted space of doing as we are told, depending solely on cost-arbitrage, and working as reactive problem-solvers.\” This “wait and watch” approach has had a detrimental impact on growth and competitive advantage of the Indian IT sector. Now going forward, they face an uphill task of a) protecting their revenues and b) maintaining their profitabilites.It won’t be easy. The sector as a whole needs to introspect and acknowledge that what got them till here will not take them ahead.Infact, the traditional model needs a CTRL+ALT+DELETE, i.e. a fresh restart.Transition to automation and climbing up the value chain (via consulting) is what is needed now.

And this would require investments in newer technologies, reskilling, increasing acquisition-led competencies and for lack of a softer word, downsizing if necessary. But all companies will not survive this transition. At the end, the companies that are deeply entrenched in client processes and are quick to adapt to the changing operating as well as cost structures, would emerge as the real winners. As long-term investors, we continue to observe the sector developments keenly and are continuously searching for best stocks to buy. It has been our past experience, that when a sector faces headwinds, picking out the companies that are quick to adapt to new realities is the key to finding potential future multibagger stocks.