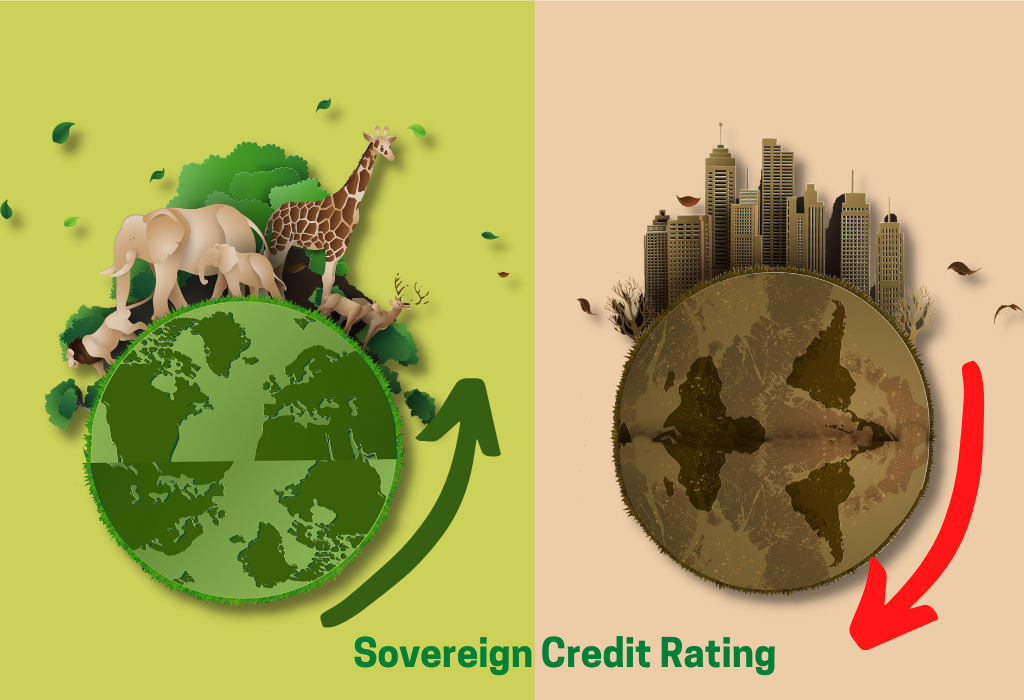 Biodiversity loss may push India, and China closer to default

Have you seen these headlines? Can you guess what these headlines could mean? Well, let us give you a hint – A Cambridge University team found a limited ecosystems collapse of fisheries, tropical timber production, and wild pollination would mean an increase in the annual borrowing costs for 26 countries including the US by $53 billion.

What does it mean?

The increase in borrowing costs of a country means the Sovereign rating fell because of the low green cover. Ah! We can see the bulbs going on. For the first time in decades, the sovereign rating will be adjusted to ecological destruction. It means the higher the biodiversity in a country, the more favourable the terms of debt and vice versa. Rampant urbanization, increasing consumption of resources, and destruction of tree cover globally without replenishing could push developing nations to debt default and trigger a substantial downgrade in rating for China and India.

For instance, the report found China’s credit rating could fall six points, which would add $18bn to its annual interest payments for the government and $20 -$30bn debt to its corporate sector. Malaysia is not far behind with a fall of seven points adding around $2.6bn in additional interest every year. Moreover, the World Bank estimates GDP losses would exceed the losses sovereigns faced during the pandemic in 2020. If the destruction continues unabated then the sovereign rating for India and Bangladesh would fall by 1 while China and Indonesia would fall by 2 points.

To give you a better idea let us see what biodiversity is and how it is connected to India’s Sovereign rating.

Biodiversity includes all the living beings around you —the variety of animals, plants, beings that are not visible to the naked eye, fungi, and even microorganisms like bacteria that make up our natural world. Each of these species and organisms works in harmony in ecosystems to support and maintain balance and life.

Climate change activists in India and across the globe have been vocal about the impact and the speed of loss of biodiversity. It includes the loss of fishes in the sea, tropical timber, wild pollination, and all the fauna and flora around you. And we (the humans) are the cause of excessive biodiversity loss.

How does biodiversity affect the economy?

Let us understand this with a remarkably simple example. Humans depend on farms for food grains and agricultural produce. It is obvious, any impact on the farmlands will mean an impact on the industries that supply seeds and machinery to the farms, even those processing and consuming the agricultural produce affecting the entire value chain. Such an impact, in turn, will affect the business of all the related industries creating a ripple impact.

Now let us understand the impact of the loss of biodiversity on a country’s debt and it’s the cost of servicing the debt.

Like you have a credit rating, which affects the rate of interest charged on loans, or loan approvals, similarly, a country also has a credit rating. The sovereign rating for different countries will focus on the climate change risks this year. To put it simply, the loss of biodiversity i.e., degradation of natural ecosystems will impact the credit rating of the country (typically, resulting in a downgraded credit rating) and the ability to repay the debt, resulting in a sharp increase in the cost of raising funds in the global debt market.

According to one of the studies, India’s probability to default on the repayment of sovereign debt will increase substantially to the tune of 29%. Climate change and the impact of the loss of biodiversity are often a part of research papers and media news but never articulated in terms of a cost to the government finances.

How will the downgrade affect India?

As explained earlier, the ecological balance and natural biodiversity are related to the economy and act as the primary reason for our mere existence. The loss in biodiversity would mean a lower GDP growth, which would affect the ability to service the sovereign debt severely. As the GPD shrinks, the government will have less tax revenue and therefore, less money to service the debt.

As the sovereign rating takes climate change and biodiversity into consideration, a downgrade in the rating will result in an increased cost of borrowing. The higher cost of servicing the debt will naturally increase annual interest outflows, for which there may not be enough revenue, leading to problems stated in point number 1. Moreover, such a downgrade will not only affect the financier, but also the taxpayers as loans will become costly.

The government can increase the taxes to compensate for the tax revenue loss because of low GDP. Such an increase will impact the tax implications for the people. The main problem with biodiversity loss is that resolving it with the help of a central monetary policy and the aid of the government will not be easy. The only way to improve the credit worthiness of any nation is by protecting and conserving natural assets. It will not only be useful for the natural habitat but also solve the larger macro-economic problems India may face.

It would be prudent to say that the impact of the loss of biodiversity is not only climate change but also has a far more impact on the economy and the country’s GDP.

Here’s the simplest way to explain the vicious cycle of the debt trap. Biodiversity loss will impact the economies leading them to perform poorly, which could mean degrowth in GDP. It will make servicing the debt difficult as tax revenues will shrink. If the revenue falls short of servicing debt the government may raise fresh funds. But because the country’s ratings fell due to a loss of biodiversity, the new rate for sovereign debt will be higher thereby increasing the annual interest payouts every year.

Saving nature will save money, quite literally, for the country. Based on one of the reports by The Forum, a nature-positive economic model in key sectors could generate more than 400 million jobs and close to $10 trillion of business revenue by 2030.

The impact of the loss of biodiversity should not be considered in isolation. The related industries and the impact of cross-border commerce can lead to a ripple impact, making this a rather macro-economic problem.