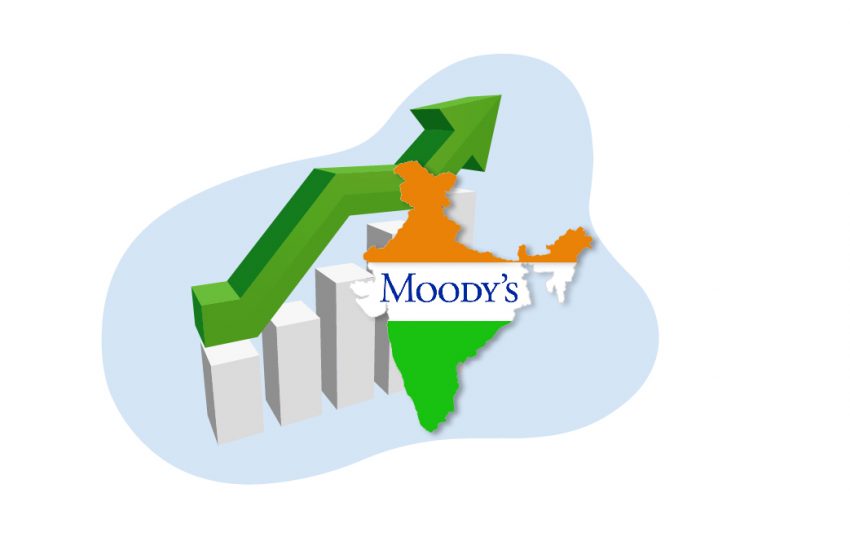 Moody’s upgrades India’s rating outlook to ‘stable’ from ‘negative’; a headline that greeted us on Tuesday.

What did the headline mean? Does this rating upgrade have any impact on the country? Do you need to know about these ratings? The answer is a simple Yes.

Moody’s outlook rating reflects the economic environment, and the reforms contribute to the growth and financial stability in the country.

Today we look into Moody’s rating, the reasons for the upgrade, and what to expect from this change.

What do Moody’s ratings measure?

For starters, Moody’s Investor Service rates fixed-income debt securities. It assigns ratings based on the creditworthiness of borrowers using a standardized rating scale. The scale measures expected investor loss in the event of the default. Most investors keep an eye on Moody’s ratings to understand risks associated with an investment in stocks, bonds, and government entities.

The Story so far

The pandemic brought uncertainties, volatility, losses, and non-existent growth. Based on the negative climate Moody’s downgraded India’s sovereign rating from Baa2 to Baa3, with a negative outlook in November 2019. Moody’s had elevated India in 2017 after 14 years, approving the policy change agenda of the government; before the downgrade in 2019.

A Baa3 rating is the lowest investment grade of Moody’s Long-term Corporate Obligation Rating. Such obligations are subject to moderate credit risk and considered medium grade with some speculative characteristics.

Despite this, over the past year, Foreign Institutional Investors (FIIs) have been betting big on the Indian financial markets. In fact, these guys have been notable drivers of India’s financial markets recovery.  This means, FIIs don’t specifically consider the rating when investing in Emerging Market Economies (EMEs) like India.

Moody’s changed India’s outlook rating from negative to stable almost two years after the downgrade, removing the chances of a downgrade to junk status. However, the long-term rating remains Baa3, i.e., the lowest investment grade for foreign and domestic funds.

In line with this rating change, Standard & Poor (S&P) said it had a stable rating outlook on India, while Fitch retains its negative outlook.

Reasons for Change in Outlook

Moody’s cited the reducing negative feedback between the real economy and financial system as one of the reasons for the change in outlook rating. This change came about soon after the finance ministry pitching a ratings upgrade to Moody’s last month.

Moody’s William Foster, Vice President –Sovereign Risk Group said, “The outlook changed to show that the economic recovery was getting rooted. The fiscal deficit and debt burden challenges remain, but the risks from the financial sector have stabilized.”

With the high capital cushion and greater liquidity, banks and non-bank financial institutions posed a lower risk to the sovereign than Moody’s anticipated.

Though risks of high debt burden and weak debt affordability remain, analysts believe a positive economic environment will gradually reduce the government fiscal deficit in the next few years, avoiding a further decline of the sovereign credit profile.

On the other hand, the ratings will lower to junk if the economic conditions go bleaker than expected, pointing to low growth over the medium term and resurgence of financial sector risks. Despite challenges, this change in Sovereign outlook is a positive sign for the economy.

Learned something interesting from this article? Share it with your friends and keep an eye out for the next insightful article coming your way.