Lessons Learnt From The 7 Famous Investing Bubbles In History 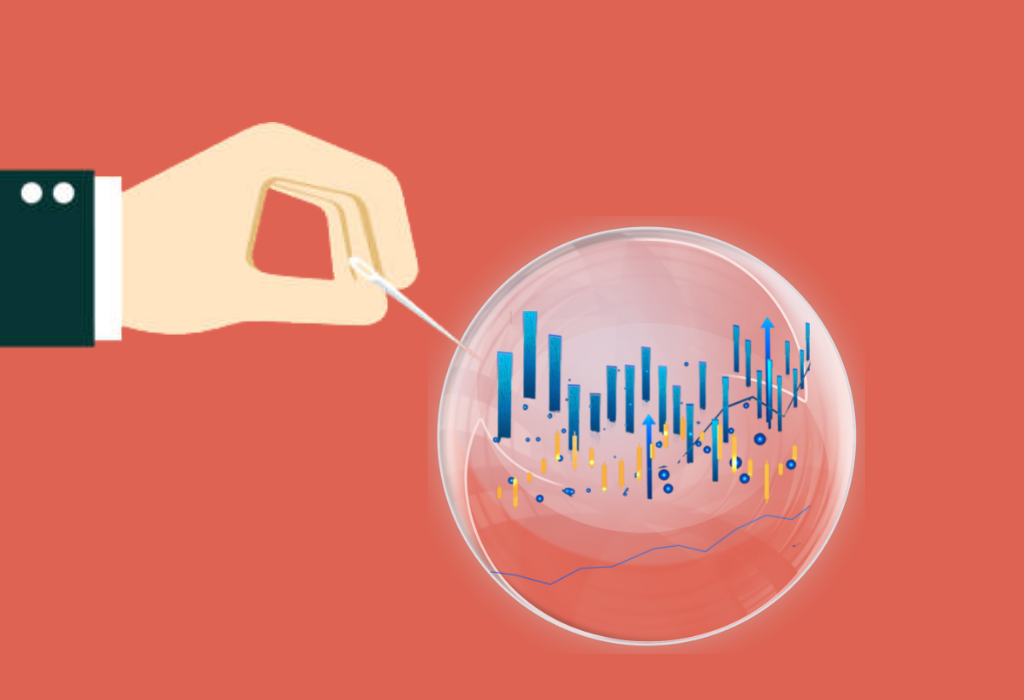 An investing bubble is also called a stock market, asset, or speculative bubble. It is an economic cycle when there is an exponential rise in asset price over a specific period, significantly more than its intrinsic value. It occurs because of the market’s enthusiastic behavior.

History shows that the asset price eventually falls right to the bottom after reaching the uncharacteristic peak. A massive sell-off is the reason for the sudden fall, which is when the bubble ‘popped’. Bubbles can occur across all types of assets – stocks, real estate, commodities, collectibles, and even cryptocurrencies.

So we take a look at some of the most well-known investing bubbles through history and the lessons you can learn from them.

7 Famous Investing Bubbles, And The Lessons You Can Learn

History says that the first recognized market crash occurred in 1634 when the Dutch Republicans went on a Tulip bulb buying spree. It was century before the first stock exchange was setup in London in 1773.

There was a spike in the value of a variety of tulip bulbs. In the 17th century, the bulbs were symbolic of high status for the Dutch. Reports suggest that the tremendous rush to buy drove the price of a single tulip bulb to as much as the annual salary of a skilled worker or a townhouse in Amsterdam.

The buying frenzy for tulip bulbs was out of control by 1637 when even the most average quality bulbs attracted ludicrous prices. Naturally, this led to a fall in demand, and ultimately the value of tulip bulbs plummeted tremendously. It left many investors bankrupt and gave the world its first lesson –Don’t be tempted and caught up in an illogical frenzy.

Another classic example of an investment bubble happened in 1720. The South Sea Company underwrote the debt of the Government of the United Kingdom in exchange for exclusive trading rights in the South Sea.

The company shares drew momentum from this deal and started trading at 10x of their value. Seeing this rise in demand, South Sea Company decided to issue more shares that went beyond the purview of their deal with the UK government.

Since the shares were for ventures that did not have any solid grounds and were issued under false pretenses, it collapsed very soon. The company executives were arrested. However, many government officials lost a lot of their personal wealth, which led to several suicides.

The lesson you learn here – Do not blindly invest in anything that promises the sun, moon, and stars in return.

The UK government even passed convenient Acts in the British Parliament to help them cut down on interest rates. Investors went into a speculative frenzy and invested heavily in the shares of these new railway companies.

The bubble popped in the early 1840s when the shares traded at abnormally high prices. The market finally crashed in 1845 when the interest rates started rising again. Ultimately, several investors lost a lot of money.

The lesson you learn from this bubble is – Analyze every investment opportunity for its merits.

The 1920s had been a prosperous decade, to begin with, for the United States. Even with mild recessions in 1924 and 1927, prices had remained constant.

However, that was not the case with stock prices that continued with their 4x rise between 1921 and 1929. The Federal Reserve raised interest rates in 1928 and 1929 to arrest this meteoric increase in share prices.

Stock prices had reached their pinnacle by the fall of 1929. The aggregate demand dropped, which then led to a decline in production. Investors lost confidence in the stocks, and the stock market bubble burst on the 24th of October 1929. This day is also known as Black Friday, as it was the beginning of the Great Depression in the United States.

The lesson you can learn from the Wall Street Crash is – Every ‘buy and hold’ investing policy may not deliver the promised gains unless the stocks you invest in are fundamentally strong.

Japan introduced a monetary and fiscal stimulus program in 1986 that resulted in uncontrolled speculation leading to 3x gains in the Japanese stock markets and urban land values. The value of the Yen skyrocketed during this time.

It is said, ‘the valuation of the Imperial Palace grounds in Tokyo was greater than that of all the real estate in California combined when the bubble was at its peak in 1989’. In 1991, the bubble went bust, eventually stagnating the Japanese economy for almost a decade.

The real estate bubble popped because the Bank of Japan hesitated in restoring investor confidence.

The lesson you learn is – Don’t just sit on cash or invest in the short term, plan for the long term too.

The second half of the 1990s saw a phenomenal rise in US technology stocks fueled by investments in Internet-based companies when the market was still bullish. By March 2000, NASDAQ soared to hit levels of 5,048, a jump from 743 at the beginning of 1995.

As the market entered a bear phase in 2002, the same internet-based equities saw their value plunge. The bubble burst and wiped out almost 78% of the share value of these tech companies. Companies and investors went bust during this crash.

The lesson you learn is – Diversify your asset allocations wisely.

7. The US Housing Bubble:

Many compare this bubble to Japan’s real estate crisis. Again, several experts believe that the dot com bubble ultimately led to the US housing crash in 2008.

House prices in the United States rose steeply rise between 1996 and 2006. Financial institutions allowed rampant mortgage fraud where sub-prime borrowers purchased homes. 2006 kick-started the decline where the average US homeowner lost a third of its value by 2009.

It triggered a ripple effect that put a lot of stress on the financial institutions, ultimately resulting in the worst global recession that the world has ever seen since the World Wars.

The lesson you learn – Real estate prices may not always rise; they can fall too.

Investing bubbles have been a part of our financial history even before the introduction of organized stock exchanges. The important thing with every bubble is the lessons you must keep in mind and avoid in the future.

< Previous What Does The LIC IPO Have In Store For You? Find Out Now
Next >Seven Things That Investors Can Learn From Sachin Tendulkar