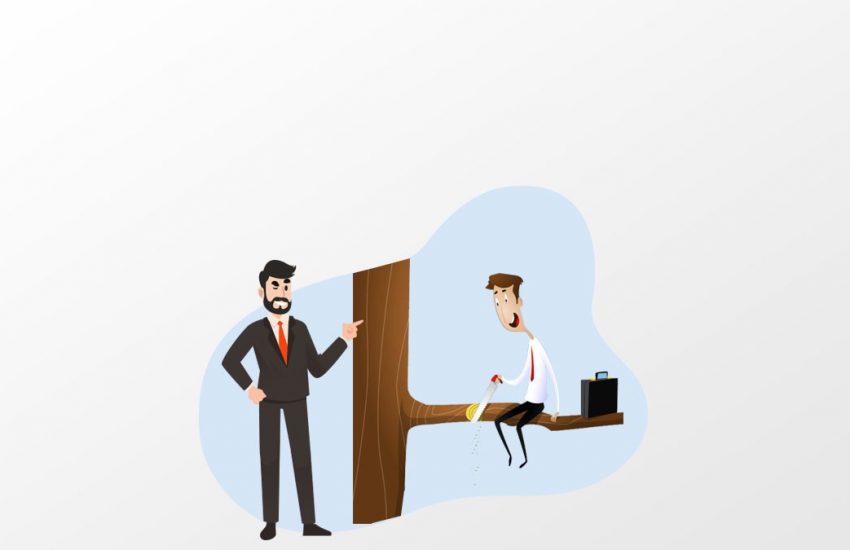 In our previous article, we took a detailed look at the number one mistake every stock market investor makes and how to overcome it. Read about it here.

Today let’s take a look at the second biggest mistake of stock market investors – Greed in the time of bull markets.

Stock market investors love bull markets. And why not. There are euphoria and optimism all around. Exactly, the King Midas moment, where every stock you are investing in is turning into gold. In such a scenario, how can one go wrong?

But beware there is a dark side to bull markets too. A potential trap which most stock market investors fail to recognize before it is too late.

In a bull market, when stocks and indices are hitting new highs, stock market investors often end up investing in stocks where valuations are over-stretched. As a result, when the tide changes from a bull market to bear such investors are trapped in overvalued stocks which they purchased at a higher price.

Here’s a quote by American author Ron Chernow which perfectly summarizes the situation \”As a bull market continues, anything you buy goes up. It makes one feel that investing in stocks is very easy and safe and that you are a financial genius.\”

However, don’t worry! In this story, you can discover how to overcome the greed in bull markets to safeguard your investments from a potential trap.!

To better understand the perils of greed, let me give you some real examples.

The rally attracted many new investors. From taxi drivers to vegetable vendors and the salaried class, everyone started investing in the stock markets in India to encash on the bull run.

But little did they know that this was an artificially pumped up rally by a young stock broker named Harshad Mehta who had diverted around Rs 1,000 crore from the banking system to buy stocks on the Bombay Stock Exchange.

With more money coming in, the stock markets in India continued to achieve new highs. Majority of small investors blindly invested in the stocks Harshad Mehta was buying. As a result, even unknown companies with weak fundamentals gave multibagger returns in a short time.

However, the scam was exposed when the SBI reported a shortfall in government securities. A detailed probe revealed that Harshad Mehta had manipulated around Rs 3,500 crore in the system.

As a result, on 6th Aug 1992, the stock markets in India crashed by more than 70% percent and resulted in a bearish phase for over 1.5 years.

The Internet boom during the end of 90s brought a bull run powered by technology stocks. Many tech companies witnessed a spectacular rise in valuation, thanks to the rapid spread of the internet.

During this period, companies found an easy way to raise their valuation by addressing themselves a ‘dot-com’ company or adding a ‘.com’ to their name.

Technology stocks were viewed as the hottest stocks to invest, and investors lapped up stocks at exorbitant prices. The greed of investors fueled more buying and raised stock prices to over-stretched levels.

When the dotcom bubble eventually burst, it resulted in a massive crash of the NASDAQ, 2nd largest stock exchange in the world by market capitalization, and nearly $5 trillion was wiped out in market value between the years 2000-02.

Around the same period 1999-2000, there was another bull run parallelly running in the Indian stock markets fuelled by a chartered accountant named Ketan Parekh whose former mentor was coincidentally none other than Harshad Mehta.

Ketan Parekh created a trading ring of his own along with many brokers who used to jack up stock prices artificially. Again many stock market investors blindly invested in stocks chosen by Ketan Parekh, popularly known as K10 stocks without bothering about fundamentals of the companies in which they were investing.

But without stopping short of price rigging, Ketan Parekh dumped the highly inflated stocks to financial institutions like the UTI.

However, this bull run came to an abrupt end in Feb 2001 as a bear cartel started disrupted it by hammering prices of the K-10 stocks, resulting in a payment crisis in Kolkata.

A SEBI investigated which followed revealed that Ketan Parekh had misused bank and promoter funds to rig the markets which had unleashed the bull run in the stock markets in India.

Investors started even borrowing money or selling other assets to invest in the start market to avoid missing out on the spectacular gains offered by the bull run in the Indian stock market.

However, with the American subprime crisis and burst of realty bubble, the markets crashed quickly leaving many investors high and dry.

From a high of 21206 points in Jan 2008, Sensex corrected to a low of 7697.39 by Oct 2008. As a result, the majority of investors lost even their capital. The crash resulted in many investors postponing their retirements or resorting to selling their property to pay off their debts.

In the worst-case scenario, some stock market investors who were unable to pay off their debts even ended up committing suicide.

The above examples perfectly illustrate how greed in the time of bull markets have resulted in financial disasters for investors.

The most dangerous words in the stock market are \”This time is different\”.

Table of Content
The End Note – How To Overcome Greed

Even as stocks were rising during the dotcom boom, Warren Buffett a strong advocate of value investing chose to ignore the boom which he considered a speculative fad. Many thought he was making a big mistake. Buffett was proved right when the dotcom bubble burst.

The End Note – How To Overcome Greed

Greed originates from a desire to get rich quickly. But remember the old age saying “There are no shortcuts to any place worth going”.

When everyone is talking about how it is easy to make money to invest and earn money in the stock market, it is time to be cautious.

Irrespective of a bull run or bear market, stay disciplined and committed to investing only in those fundamentally sound companies and especially those trading below their intrinsic value. This is a proven way to create huge wealth. Learn more about it here.