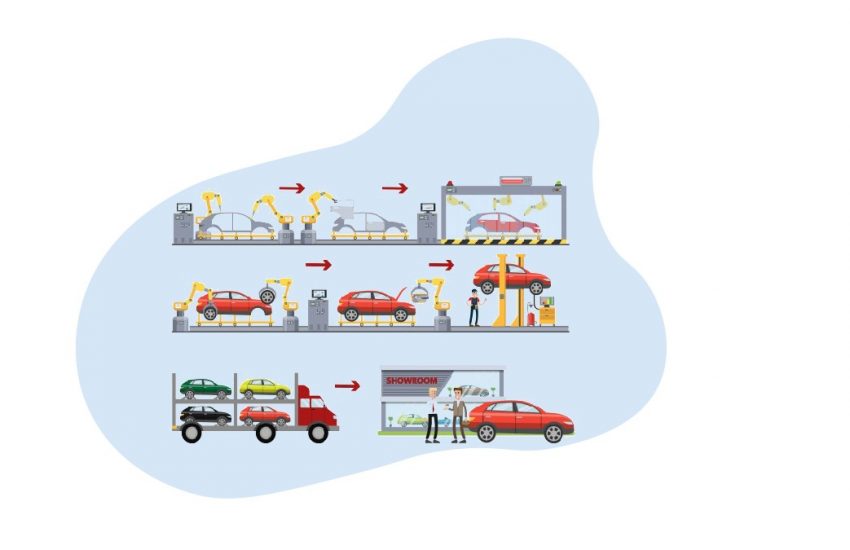 As a stock market investor, you must have heard or read about the wealth creation story of Eicher Motors many times.

In case you haven’t by any chance, here’s the story:

In the year 2001, if you had purchased a Royal Enfield motorcycle it would have cost Rs. 55000. 20 years later you would have an old motorcycle probably rusted and costing a lot in terms of maintenance.

On the other hand, if you had invested the same Rs. 55000 for purchasing approximately shares of Eicher Motors, the company that manufactures Royal Enfield in 2001 the current value of your investment would be worth over Rs. 4 crores.

Instead of purchasing the car, if one had invested the same amount in shares of Maruti Suzuki, the current worth of investment would be over Rs. 2 crores.

There are many such stories of wealth creation in the auto sector.

Before we proceed further a word of caution. Not all top automobile companies in India have created wealth for investors. On the contrary some have eroded investor wealth too after losing their leadership position in the market.

It was a gearless scooter way ahead of its time launched by Kinetic Group in a joint venture with Honda in the year 1984.  With advanced features and low maintenance as compared to other scooters available in the market, the Kinetic Honda went on to become the best-selling model in the market for years together.

However, with tough competition in the early 2000s especially from Honda Activa scooter, sales of Kinetic Honda and other models launched by the company fell drastically and could never recover.

In this article let’s take a detailed look at:

Overview of the sector in India and its future growth potential

The automobile sector in India is a significant driver of macroeconomic growth and technological development. In terms of volume, India is projected to be the world\’s third-largest automotive market by the year 2026.

FY2021 was a challenging year for the auto industry in India due to the outbreak of the COVID-19. With a nationwide lockdown and slowdown in the economy sales of automobiles had dropped drastically. Despite this turbulence, sales in Q4 of FY2021 were encouraging with passenger vehicle sales witnessing a year-on-year uptick of 42.40 percent in Q4 FY2021. Sales of utility vehicles too witnessed an increase of 12.13 percent year-on-year in FY2021.

Some of the key growth drivers for the auto sector in India include rising income levels in the middle-class, young population, easy availability of vehicle finance, development of digital and direct-to-customer channels.

Maruti Suzuki India Limited is a subsidiary of the Japanese auto giant Suzuki and the largest passenger vehicles manufacturer in India. The company has over 50% market share in the domestic passenger vehicles segment and offers vehicles ranging from entry-level cars, vans, sedans, and SUVs. Maruti Suzuki enjoys a high brand recall value and is also a major player in the pre-owned car segment in India.

A flagship company of the Eicher Group, Eicher Motors is a leading player in the Indian automobile industry and was founded in the year 1982.

Eicher Motors manufactures Royal Enfield, one of the oldest motorcycle brands in continuous production in the world since the year 1901 and has operations in over 60 countries globally. The company’s Royal Enfield motorcycle has a cult following amongst global motorcyclists due to its classic looks and brand heritage.

Apart from motorcycles, the company also manufactures commercial vehicles such as trucks and buses through a joint venture with Sweden’s AB Volvo.

Incorporated in the year 1981, Hero MotoCorp Limited is the largest manufacturer of two-wheelers globally. With eight state-of-the-art manufacturing plants globally the company offers a range of motorcycles, scooters, and e-bikes. To create a robust R&D ecosystem across global geographies, the company has set up the \’Hero Tech Center Germany GmbH’ in Germany focuses on the development of new vehicle concepts and futuristic technologies. Hero Splendour, Hero Passion Plus, and Hero Xtreme are some of the popular brands offered by the company.

Bajaj Motorcycles has partnered with Triumph Motorcycles to produce medium capacity 200-700 cc motorcycles in India. The first motorcycle from this venture is expected to be launched as early as next year.

TVS Motor Company is part of the TVS Group and the 3rd largest domestic 2-wheeler manufacturer with revenues exceeding US$2.9 billion. The company has an annual production capacity of over 4.95 million vehicles and exports globally to over 60 Countries. Its product portfolio includes mopeds, scooters, 3-wheelers, commuters, and premium motorcycles.

The auto sector in India is one of the key sectors of the Indian economy and will play an important role in India’s giant leap towards becoming a $5 trillion economy. Many top automobile companies in India like Maruti, Eicher Motors, and Hero Motocorp have created tremendous wealth for long-term investors. However, given the gradual transition from vehicles running on fossil fuels to electric mobility over the next 8-10 years, the next set of wealth creators will be those companies that can quickly capitalize on this opportunity. While Tata Motors has taken an early lead with a diverse range of electric vehicle offerings, many other top companies automobile companies in India are also in the fray.

Despite intense competition from international motorcycle manufacturers Indian two-wheeler manufacturers like TVS, Hero Motocorp and Bajaj Auto have managed to hold their fort strongly and emerge triumphant largely due to huge investments, top class research and development and hiring the best engineers and designers.

Reliability, fuel efficiency, low cost of ownership, safety, and easy availability of spares and service are some of the key characteristics sought after by Indian consumers while purchasing a vehicle. Top automobile companies in India which can get all these right consistently with their product offerings are likely to emerge as winners in the long run.